As you might know, this year’s Winter Sports Event will start just by the end of the week. I have to circumlocate the actual name of the event as those people really mean “Trademark” when they say it. Let’s call it simply “Games” for the rest of this article, which hopefully should be safe. Anyway, I thought this would be a good opportunity to do some statistics with my favorite reporting tool.

First, I had to find some suitable raw data. The UK’s Guardian sponsored a project on kaggle which was kept up to date even after the London Games by the community. The provided data contains a data set with the most important metrics for medal winners: 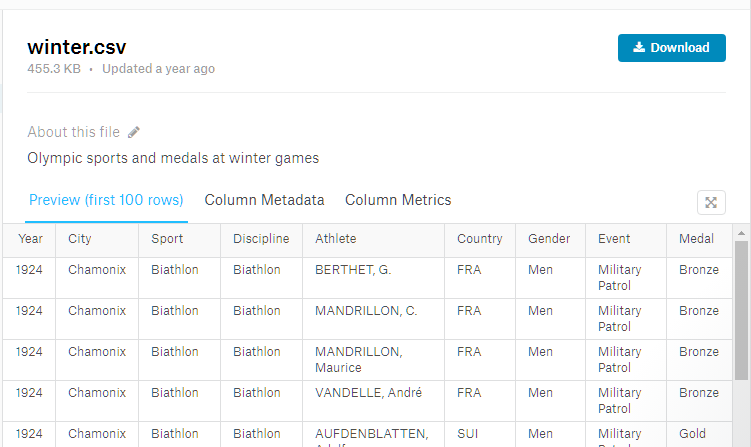 To connect List & Label with this raw data, a CSV data provider is required. As I would like to do some advanced filtering and sorting, I wrap it in an InMemoryDataProvider:

This starts the Designer with the raw data available as a sortable and filterable data source. The rest is easy – just add some crosstabs and enable a drilldown via report parameters. This gives an interactive data browser to answer questions like “Who is Ole Einar Bjørndalen and in which sport did he win his medals?” or “Which country won the second most medals, and when did they win them?”

Fun facts I was able to extract: 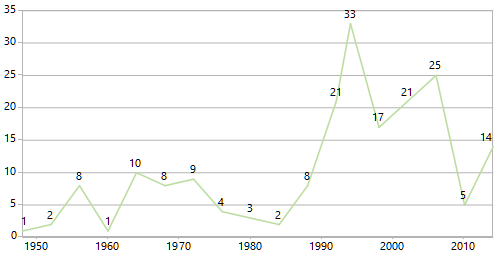 We’ve put my playground report online on our free Report Server online demo. Of course, this can easily be done via a couple of REST calls. You will find the corresponding report “Winter Sports Event” under “Report Templates”. It contains several drilldown reports to play with. Enjoy! 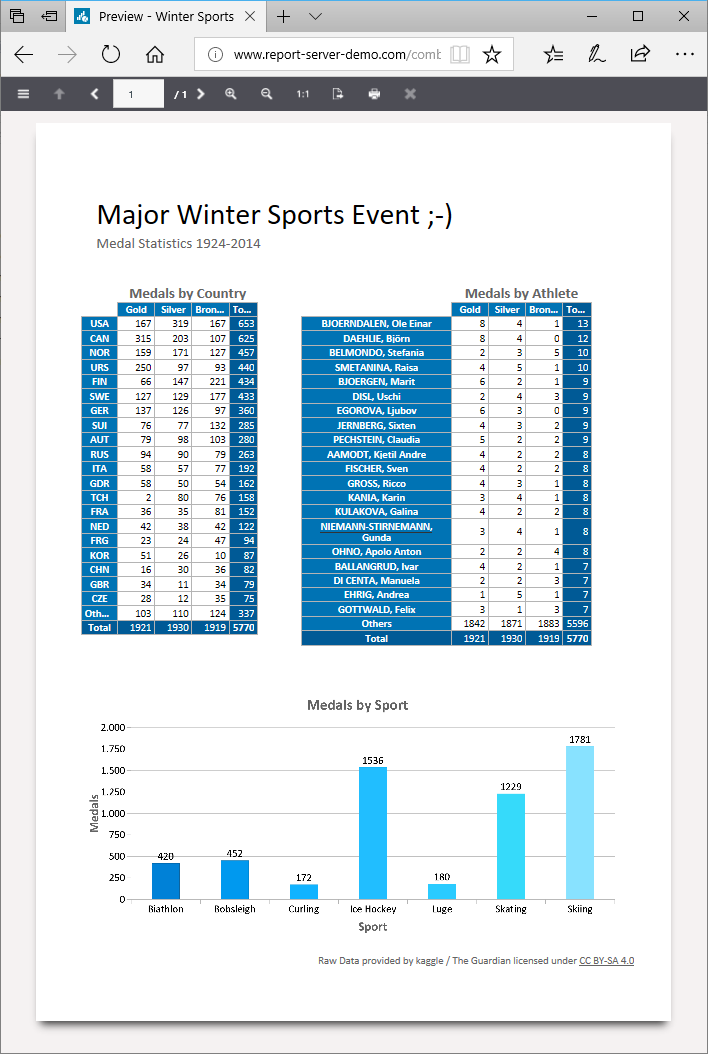