A crosstab does a great job in aggregating your data and helps to spot trends and outliers. We've put great effort in enhancing our crosstab support for the last few versions. However, although there's a nice wizard to get you started, usability testing showed that even creating simple crosstabs was still a challenging task for some users. That's something we hope to change with LL24.

Drag & drop support for tables has been around “forever” in List & Label. Since version 21, we also support multi-field drag & drop operations. However, only table objects could be created this way, although the report container supports a host of other objects, too. So we decided to revisit our D&D support in LL24 and start off with supporting crosstabs. So when you drag a field (e.g. the country field of your customers table) to the workspace in LL24, you’re now prompted which object you’d like to create: 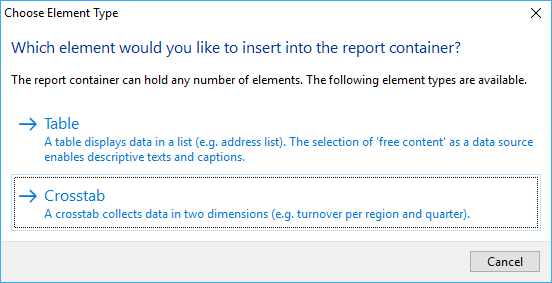 Choose “Crosstab” and a ready-to-use country statistic crosstab is created in no time, showing the number of customers per country: 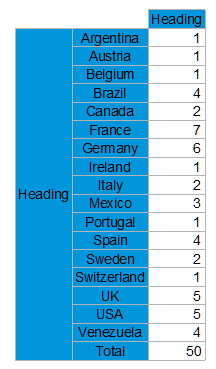 However, this is just the beginning. Remember the virtual formula variables we’ve added in the last version? They were there for a reason and an important prep step for the crosstab’s D&D. So let’s extend the crosstab by dropping a virtual formula for the order’s year: 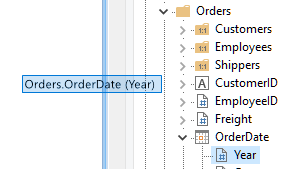 Once you drag this over the existing crosstab, the UI changes and let’s you choose the dimension where you’d like to add the field:

In this case, the field has been dropped to the columns, resulting in a statistic of orders per year and country: 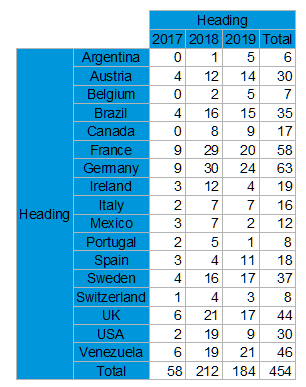 To further refine this, let’s drop another virtual formula, the quarter of the OrderDate and put it underneath the year:

Of course, the dialog is still available for fine tuning and could e.g. be used to collapse the quarter columns. But the “hard stuff” is readily wired up for you in no time now. A giant leap for the end users ;). As seeing is believing – here is a quick video showing the exact procedure for this crosstab, done in 40 seconds: 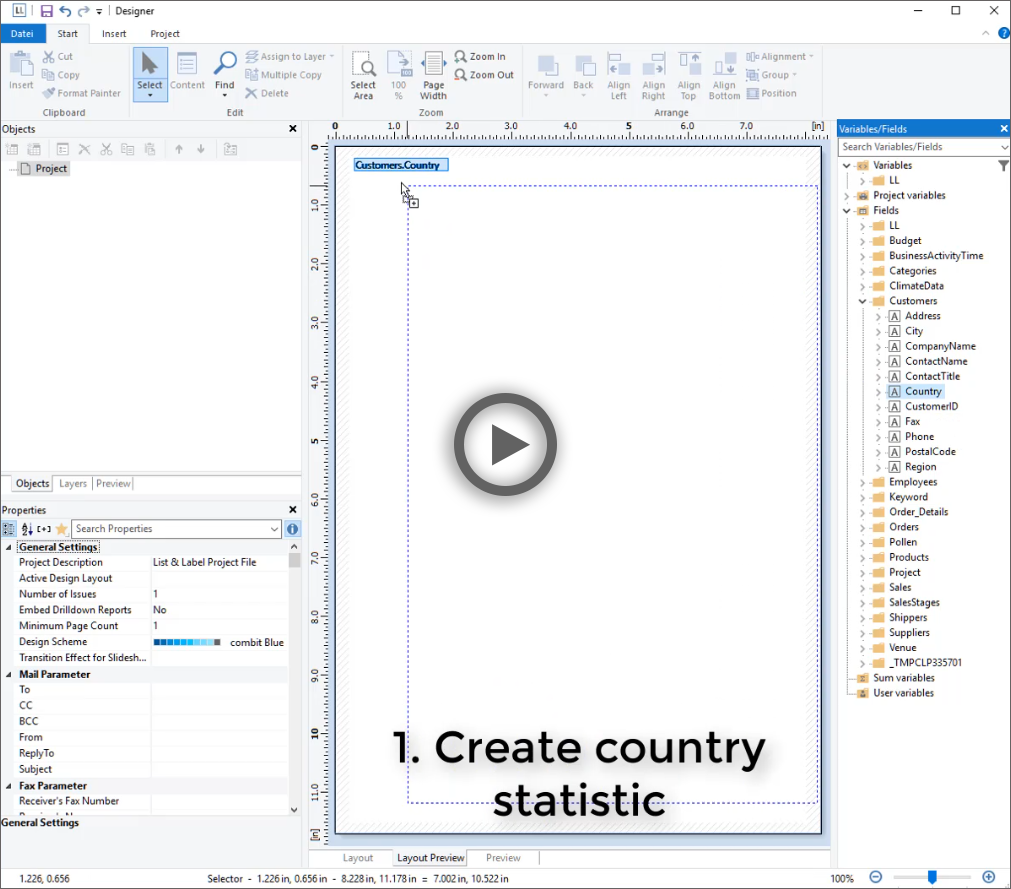