Skip to content
With combit Report Server 3, you now also have the ad-hoc Designer in addition to the design features from previous versions. Ad-hoc Design wizards enable you to create lists and diagrams (charts) quickly and easily. This combination equips the reliable and powerful Report Server with a quick and streamlined interface that is perfect for generating simple reports. The interface of the new wizards has also been optimized for devices that support touch-screen technology, which allows it to be easily operated on tablet devices as well.

The list wizard makes it easy to select columns, whose position and width can then be modified via drag and drop. Intelligent automated algorithms always ensure an optimal distribution. 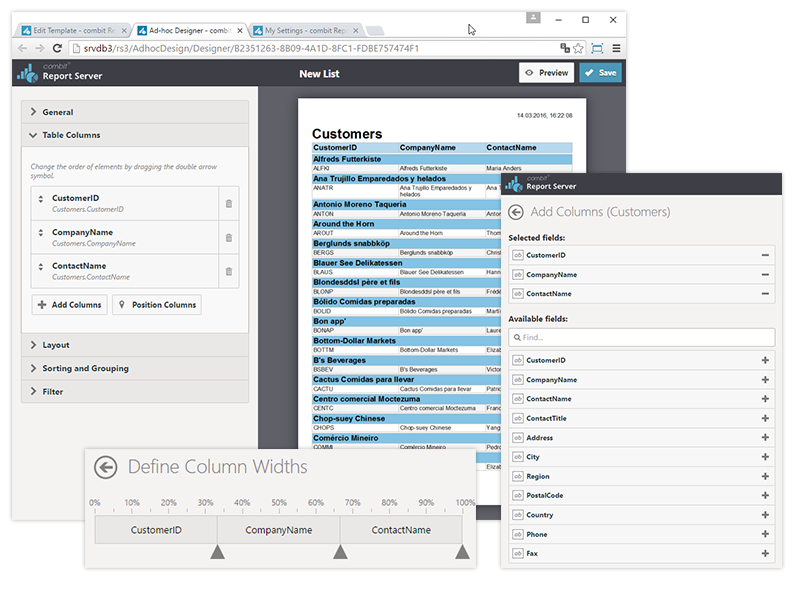 The first page preview feature helps you check the settings chosen. Ad-hoc report templates can also be converted into a “normal” report template for further editing where necessary. After conversion, they can be opened with the Report Server Designer. 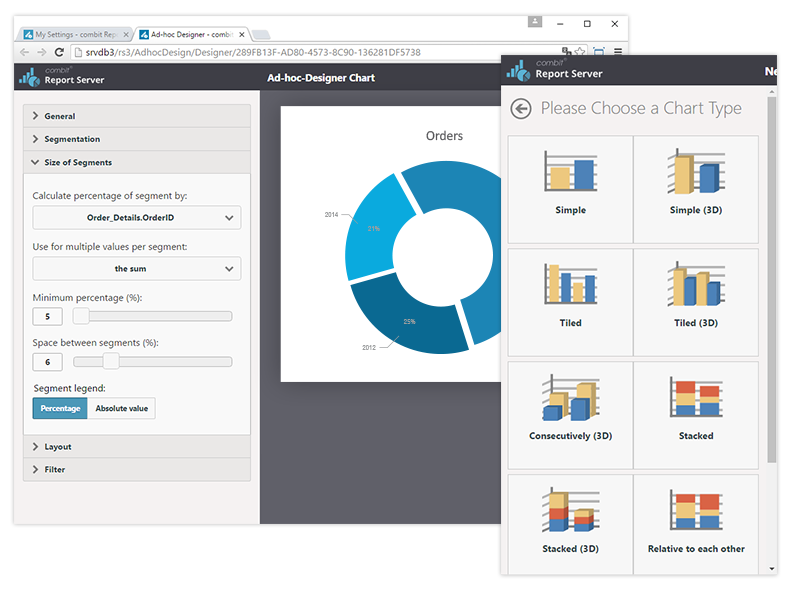 Users can choose from a wide variety of chart types and sub-types in the charts wizard. Depending on the diagram type chosen, you have various settings at your disposal such as calculation methods in pie chart segments, or columns in a bar chart.

Both wizards allow you to select a predefined color scheme: 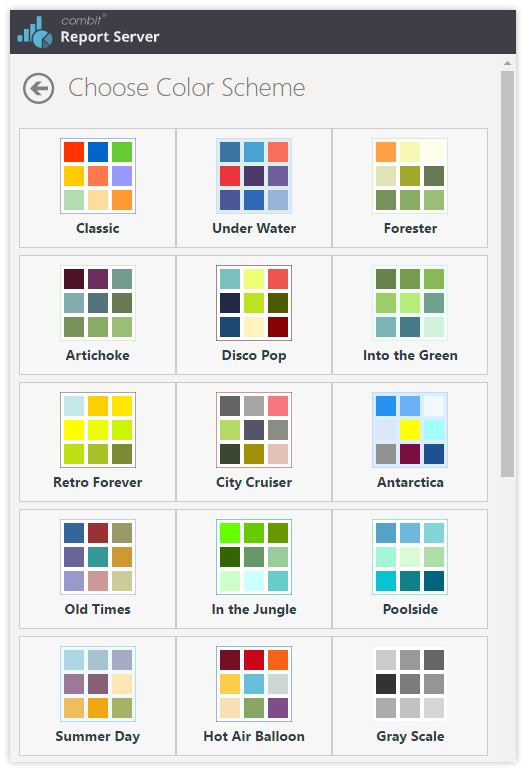 Filters then allow you to filter the reports during generation (export/preview). These filters appear in the form of report parameters and allow you to easily restrict the data to be exported.

All testers for these new features were impressed how easy it is to create visually appealing lists and diagrams. If you wish to create more sophisticated reports, the ad-hoc Designer can be an ideal starting point because report templates can be additionaly streamlined in the Report Server Designer later on. 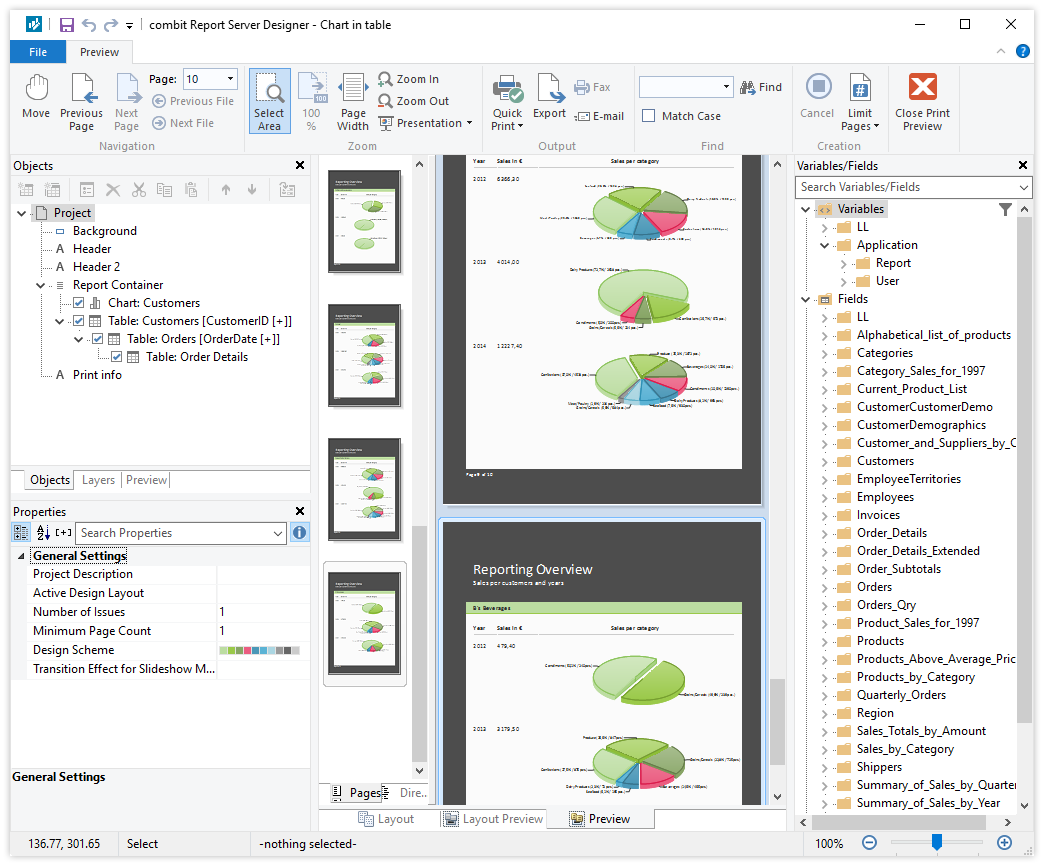